MetaEdit+ 5.5 brings the benefits of version control to models, without ever requiring a merge or locking users out. Users work on a consistent, up-to-date view of the models, and can commit a set of changes to make it available to others. They can see what changes they have made, viewing them graphically, textually or as a tree, and can comment and name these as a version. The versions can be automatically stored in any major version control system: a local Git repository, a team’s SVN, on GitHub, Bitbucket etc. Users can inspect and compare versions to see other users’ changes or older states, both within MetaEdit+ or using the version control system’s own functions.

“Our new Smart Model Versioning makes collaborating and versioning easy for all working with models. Changes are viewed in the same format as the models themselves. Integration of different users’ changes is fully automatic: no merging of XML files, and no users are locked out. Bringing models to Git and SVN is now painless and easy for the whole team,” says Dr. Juha-Pekka Tolvanen, CEO of MetaCase.

MetaEdit+ 5.5 provides unparalleled model scalability, enhanced documentation generation with dynamic HTML, and an extended API providing over 30 new integration functions. Users get ready-built integration with Git and SVN, which they can customize if desired or extend for other version control systems.

MetaCase improves the productivity and quality of software development through modeling. Customers like Panasonic, Siemens, Polar, Nokia and EADS consistently report productivity improving by a factor of 5–10. These improvements are achieved by using Domain-Specific Modeling (DSM) languages that raise the level of abstraction beyond coding. Once the domain-specific models are created with MetaEdit+, full code can be automatically generated. This automation works because the modeling languages and code generators are made to meet customers’ specific needs — typically implemented by their own expert developer. For additional information, including press kit and product evaluation details, visit www.metacase.co 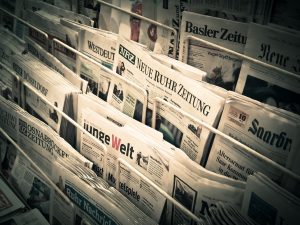 ReQtest is an agile project management tool with customers in +30 countries enabling organizations to manage scope, quality, and progress in IT projects. The tool offers functionality within software requirements management, test management and bug tracking.

The Acceptance Testing syllabus is joint effort between IQBBA (International Qualification Board for Business Analysis) and the ISTQB (International Software Testing Qualifications Board). This syllabus will facilitate the efficiency of acceptance testing through the joint training of business analysts / product owners and testers.